The PUTIEN brand traces its roots to its namesake city of Putian – a beautiful coastal suburb in Fujian, with rich cultural history and storied tradition since its settlement over almost one and a half millennium ago. It is, after all, the birthplace of the goddess Mazu and the fabled Southern Shaolin Kungfu, among many other legendary tales.

Seated against majestic mountains and facing the vast ocean, Putian is blessed with bountiful harvests from land and sea. Its humble people offered only their best produce to honour God, ancestors and country. Every precious yam plucked from the earth; every prized yield of seaweed; every tug and pull to produce the world’s best vermicelli; these were heartfelt toils born of modesty and moving sentimentality. Modern Putian cuisine therefore carries the essence of its people from ages past – unpretentious, simple and pure. 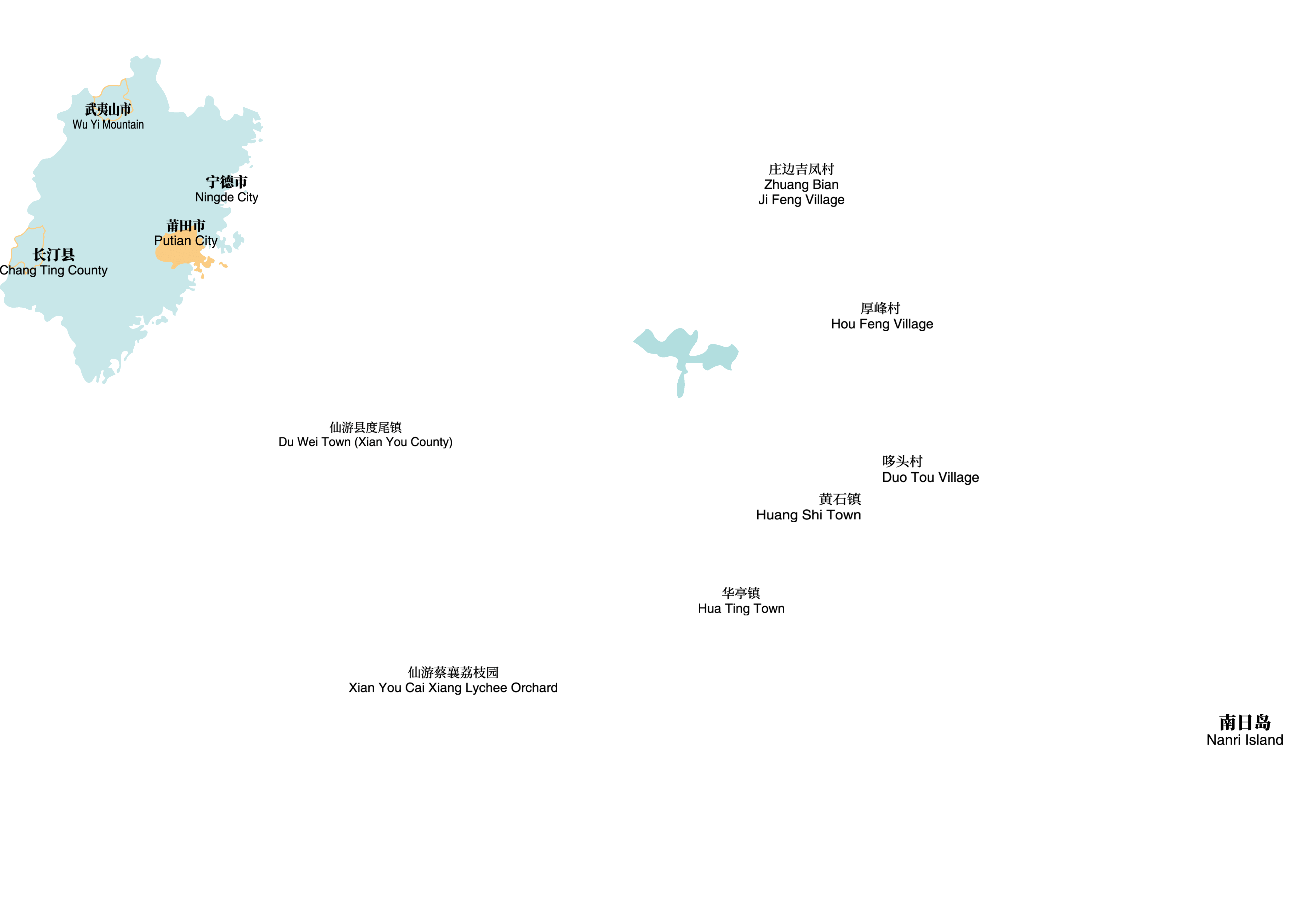